Mortgage Rates Inch Up, But Buyers Are Still Getting Deals 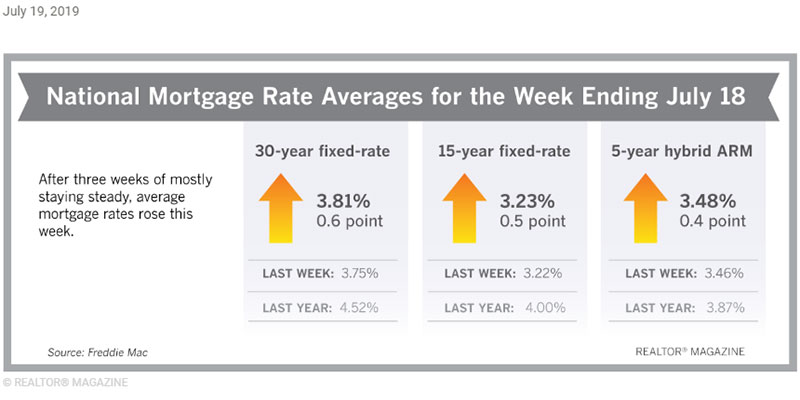 “The rise in rates was driven by continued improvement in consumer spending and partly due to optimism around a forthcoming cut in short-term interest rates, which should provide support for business and investor sentiment,” says Sam Khater, Freddie Mac’s chief economist. “Despite this slight increase in rates, home buyers are taking advantage of the multiyear low rates in droves, which is evident in the consistently higher refinance and purchase application volumes. The improvement in housing demand should provide sufficient momentum for the housing market and economy during the rest of the year.”

More Millennials Paying Mortgages Themselves: ‘We’ve Got This’