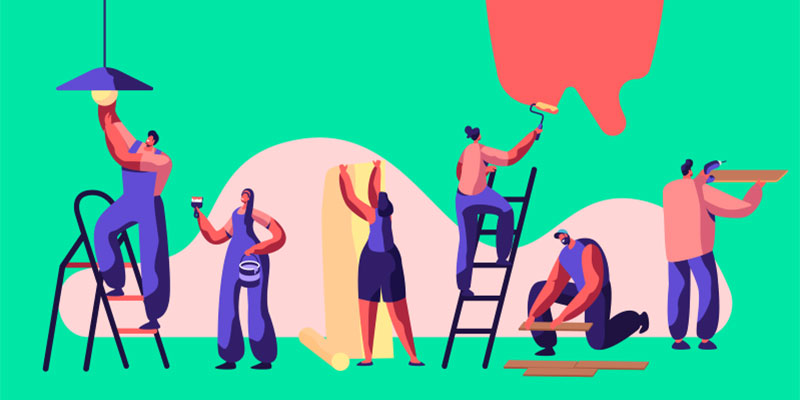 There’s one less reason to dread replacing your roof: It’s one of the few home renovation projects that can actually pay for itself, according to real estate professionals.

The finding, from the National Association of Realtors’ annual Remodeling Impact Report, pegs the median cost of installing new roofing at $7,500, while the “estimated cost recovered” at sale is $8,000. That represents a 107% return on investment — the highest payoff of any single home renovation project in the study. Additionally, 39% of realtors surveyed said they have suggested the project to sellers, and 33% said the project “helped close a sale,” according to the report.

The Remodeling Impact Report determined which home renovation projects have the greatest value by surveying two groups of trade professionals: NAR members and members of the National Association of the Remodeling Industry (NARI). Members of NARI provided cost estimates for 20 of the report’s projects, while NAR members estimated the value those projects add to a house.

An old roof can be a “sticking point” in a home sale, says Nick Gelfand, a realtor and appraiser in Longmeadow, Mass. — especially if the buyer is financing the purchase with an FHA or VA loan, which require a roof to be in decent shape before the sale. “I believe having a roof on your home that has life left is incredibly important to a successful sale,” Gelfand says.

Like any home renovation project, though, the project’s value varies based on your specific situation. Dana Bull, a Boston-based realtor, says a roof “would really need to be an extremely old roof that has
moss growing on it for me to highly, highly recommend replacing it.” A new roof isn’t a project buyers often notice immediately, so, if you’re trying to boost the value of your home, it’s important to ask your
agent for advice before you start. “If there’s still some life in it, we may just price it accordingly and expect that it’s going to come up as a negotiating point,” she says.

While new roofing might have the best value of the projects the Remodeling Impact Report considered, it’s not the only renovation that offers bang for your buck. Here are the top five projects for your money, based on the estimated percent of value recovered from the project:

You can see the rest of the list on www.nar.realtor.

How COVID-19 Is Affecting the New-Home Market

The new-home market was showing a strong first quarter in 2020 until the pandemic hit. Sales of...